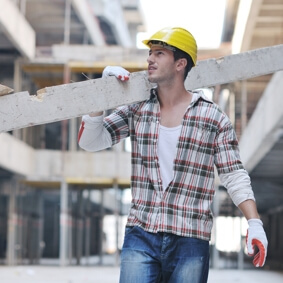 Much has been said about the focus in the Health and Safety at Work Act 2015 (HSW Act) on the importance of workers and PCBU’s working together to improve health and safety. WorkSafe New Zealand readily states that they can’t achieve a significant improvement without other stakeholders also driving improvement. It appears to me that there has been a lot of rhetoric and little detail about how this increased worker participation is going to occur.

The HSW Act places twin duties on PCBU’s to engage with workers and to have worker participation practices in place. WorkSafe has prepared a good practice guideline on how to do it, this document however does tend to assume willing involvement from workers.

Who are your workers?
More workers are potentially covered by the HSW Act. This comes from the change of the Health and Safety in Employment Act (HSE Act) use of the word ‘employee’ to the HSW Act’s use of the word ‘worker’. This places PCBU’s in the position where many will need to think about who their workers are and think up some new ways of connecting with them.

We need to think more about how we might engage with these groups to ensure they are adequately represented in safety decisions.

Fines
While the HSW Act includes the potential of significant fines with fines varying from $2,000 to $100,000, it is however questionable what impact these will have. It could be argued that there was the potential of fines under the HSE Act and they weren’t used and so never made any difference. Businesses that wanted to comply did so and most others just ignored the requirements.

Suggestions
As with all complex issues there is no single simple solution but here are a few ideas:

1.Consider some new and different ways for workers (particularly vulnerable workers) to participate. This could include:

2.Emphasize the benefits for workers (WIFM - What’s in it for me) – think about the values and beliefs of the workers and link these to health and safety. This could be a Family Safety session where workers family are invited into the workplace to understand health and safety issues better.

3.More transparency and information – find meaningful ways of measuring health and safety performance and make the information available to all staff.

5.Think about whether there are any other significant groups of workers that have been previously included and how to engage with them. This may include trainees or contractors staff.

The aim of this is to demonstrate a positive response to workers getting involved.

a.A ‘speaking up’ reward – a recognition for a worker who suggests a way of improving health and safety or raises concerns.

b.A ‘keeping your eye on your mate’ reward – a recognition for a worker who points out a safety improvement to another worker.

c.A ‘meeting clients ‘needs’ – a recognition for a worker going out of their way to meet a client’s safety expectations.

7.Ask workers to design the system that would work best for them.

We can’t argue that worker involvement is critical to successful health and safety, the reality is that fresh new thinking and attitudes will be needed if this worthy aim is to be achieved.