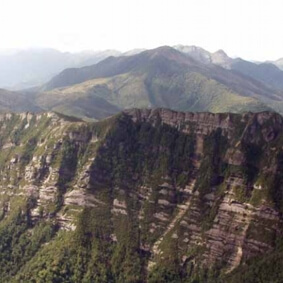 WorkSafe is a Crown entity which came about in 2013 largely as a result of an identified need for improvement as highlighted by both the Pike River Royal Commission and the Independent Taskforce on Workplace Health and Safety. A comment for example made in the summary of the Pike River Royal Commission report was that “the department (DoL) had lost industry and worker confidence”. Likewise, the Taskforce’s report was scathing in its assessment of the regulators performance.

To be fair to the Department of Labour, it had been making a concerted effort to change its focus to a “modern regulatory approach”, however it was hampered by a lack of resources, clear direction and its limiting structure as a Government Department.

The term “modern regulatory approach” had become the new catch cry from 2010 with aims such as:

Much was said about working alongside industry, setting clear guidelines about minimum standards and having a broader approach. For the first time we started seeing targeted programs for issues such as working at height.

Today’s WorkSafe is to some extent a very different beast.

There has been a marked increase in the level and quality of the information being published, this has included:

Let’s not forget to mention a website that is now updated regularly and contains a wide range of information. The quality available now, by and large, has been excellent and much of the information makes interesting reading. I do however have some concerns that it increasingly seems full of broad generalizations which makes is difficult for the average lay person to apply in a practical way.

Many roadshows that were delivered were the best presented and most enthusiastic I have ever seen from any of the regulators incarnations. But I walked away – and I’m sure like many others, wondering what they had actually told me and what had I actually learnt – big on reassurance, light on fact and clear unambiguous guidance. It gave me the feeling that WorkSafe has the largest marketing and PR department ever for such an organization. It can be said that this is an organization that has embraced the media and technology like never before. My hope is that the future will see more information getting down to the ‘nitty gritty’ – good old what to do.

Despite this some things never change, WorkSafe is there to enforce the law and New Zealand needs a regulator that has the strength of its convictions and is prepared to take the hard cases. An organization that isn’t so dictated by its media profile that it’s not prepared to take unpopular prosecutions.

The core operational unit, no matter what they are currently called, is the Inspector and WorkSafe has a larger group of these than ever before. Many are new to the role as the increase in numbers happened reasonably quickly and retirement have seen many of the ‘old hands’ go. WorkSafe must recognize the importance of this group and support them.

Inevitably, I am already hearing comments about different messages from different Inspectors. Such a major transition was always going to have confusion and different interpretation. In the rush to bring out new regulations and information sheets over the next few years I hope adequate resource is put into making sure that the Inspectors ‘know their stuff’. Certainly this confusion has been contributed to by the wide range of supposed ‘experts’ who have come to light giving an equally wide range of views. They are ‘where the rubber hits the road’ and they must be, and be seen as a skilled and professional group.

In summary, I guess I feel positive, if a little nervous, about where WorkSafe is heading. Their target of reducing fatalities in New Zealand by 25% by 2020 is a commendable but challenging one. It’s an aim that they are well aware they can’t achieve by themselves. This will require engagement and support from their allies, notably the health and safety professionals and it will be interesting to see if they can maintain good relationships as they grow and develop.