What is a positive duty? 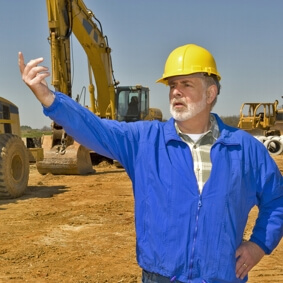 What is a positive duty?

I often get the impression speaking to directors and senior managers that they see their key responsibility is about getting other people to ‘do’ health and safety. I wonder therefore, how well the concept of a positive duty is understood or perhaps accepted.

I see this concept as critical in any Officer’s approach to health and safety. Doing research, I typed it into Google and the responses directed me to the Equal Opportunities Act 2010. Not particularly useful.

While the phrase was stated several times in the Royal Commission report, it did not appear in the Taskforce report or subsequently the Health and Safety at Work Act (HSWA) instead the Act states that an officer of a PCBU must exercise care, diligence, and skill.

The emphasis on having a great health and safety policy. Asking for reports from management just isn’t enough, and does make me think of the ironic statement by Neville Chamberlain, Prime Minister of the United Kingdom, in his 30 September 1938 speech concerning the Munich Agreement – “Peace for our Time”. I’m sure he meant it, and it was said with real conviction but clearly, he didn’t know all the facts.

Interestingly, the WorkSafe Position Paper about an Officer’s Due Diligence states that the Act creates a “positive duty”. It talks about a director taking “appropriate, proactive steps” and it also states that what needs to be done depends on the circumstances of the operation, and what ability the Officer has to influence.

I think positive duty means that you need to ‘do something’, so I looked at the Position Paper for some good verbs (doing words), I discovered that there are lots of soft verbs:

But there are also:

Clearly, the intention for ‘positive duty’ is to be actively doing something, tempered with an understanding of what ought to be done.

Inherently, a ‘positive duty’ is about meeting key responsibilities by directors and senior managers and demonstrating that health and safety is something more than a trendy term by getting out there and getting involved.