The case for Corporate Manslaughter 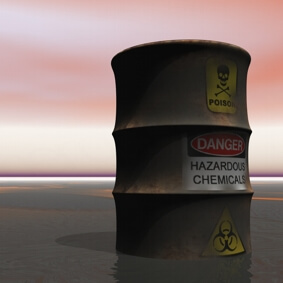 The case for Corporate Manslaughter

In an interesting development this year we have had the Justice Minister, Amy Adams pushing for the introduction of a Corporate Manslaughter provision into the Crimes Act. This move placed her at odds with what was being said by both the Prime Minister and the Minister for Workplace Relations and Safety. She does have support from the other side of the house with Labour MP, Damien O’Connor having an amendment to introduce Corporate Manslaughter on the current list of Proposed Member’s Bills.

It now seems unlikely to be introduced in the near future as the Government has clearly stated that it believes the issue is adequately covered by the duties being placed on Company Officers by the Health and Safety at Work Act due to come into force as of 4th April 2016. Despite this I believe that this issue may surface again.

Corporate Manslaughter provisions enable a business who has demonstrated gross misconduct to be punished in a manner not possible under a normal health and safety prosecution. Similar provisions are in place in the UK and in some states of Australia. The UK’s provision gives some idea of these provisions seriousness as they have generally levied a fine of between 5-10% of the businesses annual turnover.

The introduction of these provisions is often linked to a particular case which demonstrates a need and thus generates political will for their introduction. In the UK this was the 1987 Herald of Free Enterprises disaster and in Canada it was introduced after an explosion ripped through the Westray Coal Mine, in Nova Scotia, killing 26 miners. In circumstances scarily similar to our own Pike River Mine, the mine was opened the year before despite misgivings that the area was unstable and prone to high methane gas levels. Federal Government was at first reluctant to support a private company but after heavy lobbying supported the mine opening ignoring on-going concerns. Miners working in the mine complained about safety issues including rock falls and methane gas. Inspectors visited the mine 49 times however little was done. Prior to the explosion the mine was struggling to meet production expectations due to low output and poor quality of coal.

Understandably labour organisations tend to be advocates of Corporate Manslaughter provisions and employers groups fear the provisions take things too far. Common opposition to Corporate Manslaughter often evolve from the risk that what is seen as ‘gross misconduct’ could be watered down over time, and that the media’s ability to dramatise events could make cases appear far worse than they are.

What seems clear is that if New Zealand does introduce it, it won’t be without controversy.

We believe that if there are recurrent cases such as the recent Port of Lyttelton fatality which demonstrated a litany of failures or if the expected improvements from the new legislation are not met, we won’t have seen the last of this issue.