Ten Secrets to Success in Health and Safety 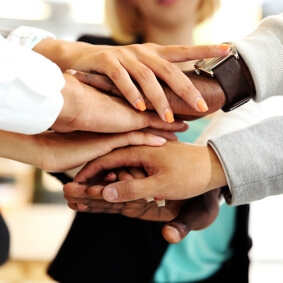 Ten Secrets to Success in Health and Safety

With over 20 years’ experience working in health and safety, here’s my top 10 tips.

At the very core of health and safety is ethics. What are the values of the owners, the decision makers do they wish to operate in an ethical manner? They may believe so but is this effectively communicated to others.

Ethical trading means making a conscious decision that your business should be run firstly in an ethical manner. A belief that overall it is more than just about the money – don’t get me wrong - we still want to make money but it is not about profit no matter the cost. This ethic has an impact on everyone and everything the business comes into contact with including:

This does call for a significant shift in business thinking away the ‘old first rule of business – Stay in business’ i.e. make a profit no matter what. Companies that hurt people simply aren’t successful in the long term; however in the meantime they can do a lot of damage.

I suspect they are the same secrets to success in most other things. While they are not strictly in order, some if you don’t get will just stop you getting any further. The first one is a pretty impressive block to getting any further unless you get this right.

It is getting over the excuses, all those reasons why you just can’t. Over the years I’ve heard it all – some of the most popular are:

We can’t get the staff

The unfortunate truth is that many companies don’t decide to do a better job of health and safety until they’re made to – one way or another. It’s no accident that very successful companies often do a great job of their health and safety however it’s often an accident that got them going, that made them understand they needed to get better. Sometimes you just need a trigger to get you to start – so the first secret is action - just get going. Find an issue and start looking at how you can make it better.

2.  Show it is important

If workers believe that the boss is off on another tangent they’ll nod and smile but won’t change more than they have to. Minimising change is important as when he moves onto the next thing you will be in a better position to cope. So much management and business material is focused on the importance of leadership. So many ‘self help’ programmes teach you how to become a leader. My experience is that some of the most unlikely people can make very good leaders; they don’t need to be eloquent orators or charismatic. A simple old word is very often underestimated and that is sincerity. People have to believe that ‘what they see is what they get’ that when you say something it is really important to you, that it’s going to stay really important to you. The other really important word is consistency. If it’s the standard you want to set always apply it and apply it equally to everyone.

Check that people are doing what they are meant to do. ‘Walk the talk’ it’s an old saying – it’s not wrong though.

If you are not a great administrator – go find one. While leadership is crucial, visionaries without good administration never get far. Similar to the importance of a good straight man to a comedian, a leader needs an administrator.

4.  Keep it simple and understandable

Simple is always better than complex. Clear structure and accountability – get people to take responsibility for what needs to be achieved.

Clear goals – be clear about what needs to be achieved, use action plan.

Have a bench mark – assess your business against it.

5.  Get the information you need

Top performers don’t fool themselves into thinking that they know everything and they seek assistance when they need it.

Get some early successes – it helps maintain momentum.

Build on success – if it works do it more, if it doesn’t do it less.

Don’t be fooled into believing that everyone else knows better or has more of the answers.

7.  Don’t see Health and Safety as a separate issue

Don’t see health and safety as a separate issue – some of the best performing companies I have ever seen barely use the words health and safety. They don’t have Health and Safety rules or a policy, instead they focus on the best way of achieving whatever it is they want to achieve and it becomes their way. New staff do not get told about the wrong ways, or the hazards, they just get told the right way – their way. They soon understand the focus on doing things the right way – which can incorporate.

Set your health and safety expectations at a level that you can sustain, don’t put in extra effort and then think you can ease off. Too many companies set a target for health and safety and when they have reached it they move on to something else.

9.Think about the future

Pick new leaders and encourage them – a sad reality is that we can’t live forever; to be successful in the long term you must always be looking to encourage the leaders of the future. Small groups of workers develop their own leaders, identify who they are and look to get them thinking they way you want as early as possible. I spent several years undertaking training for workers in the construction industry – this included worker and management training; I believe the course that was by far the most successful was the course aimed at Supervisors. Guys that were leading small groups of workers – they really had an influence on how a job was run and the way the workers viewed the work. Interestingly some of the top performing companies sent very young workers through this training, some still in their apprenticeships. They recognised young workers who had the potential as leaders and wanted to get the right information into them as early as possible.

Doing things the way we did them yesterday generally just won’t cut it tomorrow. Let’s face it we’ve had health and safety wrong for lots of years. We’ve made it all about rules and punishing people for things they’ve got wrong. Top performers critically review what it is they are doing and look for ways of doing it better – don’t throw the baby out with the bath water.