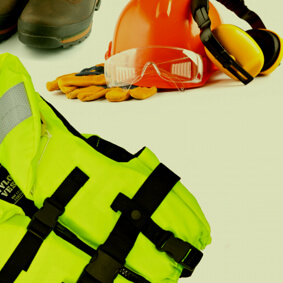 While the Health and Safety in Employment Act 1992 (HSE) was quite broad in its wording for employers to provide for personal protective equipment (PPE), over the years expectations have slowly increased. Recognising that PPE should be seen as the last resort for managing a risk. The original wording suggested that an employer’s obligations extended only to making PPE available and it was largely up to a worker to decide whether they used it. The various amendments to the HSE slowly have changed this, first, the word ‘for’ was removed so that it was clear that employers had to provide PPE, and then later this was expanded to training workers about when to use PPE, how to fit or wear it, and how to know when it needed replacement.

Early arrangements about how PPE was provided were included in union agreements and later years still reflected that heritage. Companies allowed workers to choose their own PPE to a certain annual value and any costs more than this was met by the worker. In practical terms, this arrangement might mean that a welder may decide to purchase a Powered Air Purifying Respirator (PAPR) and pay $2600. This was their choice as opposed to a lower grade respirator provided by the employer. Traditionally, an employer may come to an arrangement that they will pay a portion with the worker then paying off the balance via their tool account.

Today this would be viewed differently. An Inspector is likely to consider that the worker has been charged for a portion of personal protective equipment provided that is used at work. This would be unacceptable and the employers would be asked to reimburse workers for the charges imposed on them.

The issue is about the term provide, so if a company identifies a risk and after looking to manage that risk their only control is PPE, then they must provide the equipment. They should identify what is the appropriate Standard of that PPE and not be focused on cost. You can identify what specific PPE is to be worn, but you can’t say ‘each worker can have $120 per year to get safety boots’. The PCBU also has the obligation to ensure that the PPE is a suitable size and fit and reasonably comfortable for the worker to wear(1). So, while they can’t say they want that mask because it looks better - they can say they want that one because it fits better and is therefore more comfortable.

You could argue that this concept applied to safety footwear becomes difficult. If a worker was to state that the only boot they found comfortable and could wear are the $400 pair, how is an employer to respond? Well of course hopefully you can discuss it and come to some agreement perhaps considering the expectation that the $400 pair might last a bit longer than the cheaper pair. However, what if this doesn’t work.

A potential remedy is that under the HSE there was a provision that a worker could, if they chose, to provide their own protective clothing. The Health and Safety at Work (General Risk and Workplace Management) Regulation 16 extends this to include PPE.

Under HSWA (GRWM) Regulation 16 it would be necessary for the employer to have some evidence to confirm that the worker ‘genuinely and voluntarily chooses to provide his or her own’ PPE. It should also be noted that that Regulation 16(2) provides for the worker giving ‘reasonable notice’ to revert to the PCBU providing the PPE. If you are unable to achieve this few options remain, either buy the boots or find another worker!

Now may be a very good time to have another look at you company’s processes both around the choice and purchase of personal protective equipment.

If you need assistance with this. Contact us at info@avidplus.co.nz.