Loss of self-incrimination privilege for corporates 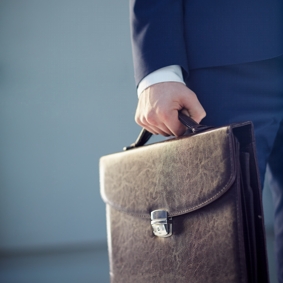 Loss of self-incrimination privilege for corporates

A privilege to protect a person against saying something to incriminate themselves is a concept included in many countries legislation. You may be familiar with movies or TV shows where people say ‘I’m claiming the 5th’ this relates to the 5th Amendment to the US Constitution which protects a person from self-incrimination.

In New Zealand under the Health and Safety in Employment Act (HSEA) this protection was given to both individuals and corporates. However, the Health and Safety at Work Act (HSWA) would appear to remove this privilege from corporates. The reason for this may be that the privilege (which exists under the HSEA) conflicted with Section 60(4) of the Evidence Act which did not allow this privilege to corporates. HSWA Section 168 (F) - require the PCBU or a person who is or appears to be in charge of the workplace to make or provide statements, in any form and manner that the inspector specifies. The reference to ‘person’ in the HSWA doesn’t mean a person it generally means a company (or a body corporate).

So why is this important? Well in practical terms it makes a huge difference, previously companies could ask an Inspector to write up any questions and then use legal privilege as a means of taking some time to consider their reply. Effectively the new wording means that an Inspector can make the appropriate person answer questions on behalf of the PCBU. My interpretation of this section also means that individuals, having an evidentiary statement taken, may refuse to answer a question using the privilege of self-incrimination. This will be particularly important if the person is both the spokesperson for the PCBU and a Company Officer and therefore the two overlap. We may assume, I believe, that the personal right would take precedence over the PCBU role, although to be fair this would need to be proven.

It is interesting to compare this with Australia (as the HSWA is based on the Australian, Model Act) their Act – Clause 172 removes the privilege of self-incrimination but states that a person’s answers to questions basically can’t be used in Court to prosecute them personally. There are also a number of additional provisions:

Warning must be given to the individual as to the effect of clause 172, and that failure to answer a question can amount to an offence. This is not the case in New Zealand.

They may face proceedings if they have given information which is false or misleading.

Information given voluntarily may be used.

It is interesting that these provisions haven’t been carried over as to me these would simpler to understand.

This is an example of the ‘devil is in the detail’ a small technical change, however it is one that few companies would currently understand. It is likely that in the future court decisions will define this point further although in my opinion this is another example of the Act being used to hold corporates more to account than has been the case under the HSE Act.