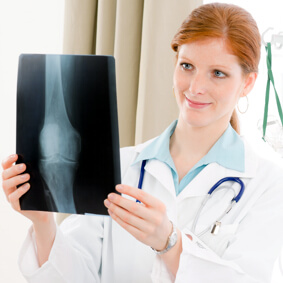 I get frustrated by managers, who when asked about health and safety performance quote injury data (LTIFR, TRIFR or AIFR numbers). They are totally confident that this shows what a great job they are doing of health and safety. In turn, too many boards review these statistics feeling confident that the numbers tell them their management is doing well. I wonder if we are placing too greater significance on injury data. An accusation of duplicity may be overstating the case but its reminiscent of ‘The Emperors New Clothes’ where no one is inclined to ask the hard questions.

Today an increasing number of companies in New Zealand are recording accident statistics, commonly TRIFR or AIFR rates. To some extent this occurs because we have over short period of time seen companies trying to a better job of health and safety and they have wanted to find ways to measure performance. An easy starting point is “let’s count how many things go wrong”. Typically, therefore the first measurement is how many reported incidents over a period of time generally a year.

Quickly the problem with this measure is identified. The injuries are not all the same, therefore traditionally a number of different measurements have been used:

Within this however there are a number of weaknesses and issues. These are:

Many LTIs have relatively short-term consequences, they are often described as ‘high frequency, low consequence’ injuries. A high value may reflect lots of injuries which have led to a person having a day or to off. The investigations often show very little as the process of the accident is well understood. Also, LTI data provides a general indicator of relatively minor events but does not really give any insight into the potential for less frequent high consequence events. Alternative injury classification schemes have been proposed to make more meaningful distinctions between high, moderate and low severity (consequence) injury. Critically, these define severity in terms of impairment to the individual, rather than lost time, providing a much greater correlation with damage to both the worker and the business (damage in terms of both physical/psychological and financial damage). The LTIFR therefore only measures a limited subset of injuries.

2.  Lost time is not a good indicator of impact

In practical terms lost time is not necessarily a good indicator as to the severity of an event, it is affected significantly by the work a person undertakes so that an office worker may need less time off work than a scaffolder. It also does not give any indication as to whether the event led to any long-term loss or disability. Often the only indicator will be if the injury is a notifiable event or not this is an extremely inadequate assessment. Also, because the LTI is totally focused on a worker’s ability to do work it can exclude a range of injuries such as noise induced hearing loss. Therefore, LTIFR is not an effective measurement of consequence.

3.  Too easy to manipulate

If a lost day means a full day or a shift doing no work it is too simple for an organisation to manipulate the numbers. This is often achieved by organising the injured person to come into work each day (not necessarily a full shift) and to undertake some work (not necessarily their normal duties) hence it is not a lost day.

The unfortunate reality is that this data has many inconsistencies, and what gets reported varies between companies and industries. This may be due to inherent differences in operation but I suspect some due to intentional manipulation of the data included. A common factor relating to this is to what extent sub-contractor’s hours are included and how these hours are calculated.

The Health and Safety at Work Act’s (HSWA) definition on notifiable events does not match in well with the use of LTI’s as it includes notifiable incidents which (which historically would have been called significant near misses).

Does it have any use, well yes, LTI data is useful for providing an indicator of the number of disruptions and a measure of total lost workdays (total time lost to the business). It is just that it is like a Profit and Loss Statement without any explanations rather worthless unless there is some explanation as to what the number are likely to mean. I believe that, a reliance on accident statistics as an indicator of performance is flawed as it does not measure the impact of injuries well (neither on the business or on the individual). The process of getting the correct number is so complex and is open to manipulation. Despite this I would still recommend the use of TRIFR and LTIFR as they are still a useful tool in the identification of problems areas.

I believe each organisation should go back to first principles and ask what do you want the injury data to demonstrate. Look at it as part of an overall measurement of performance and not as the ‘be-all and end-all’.