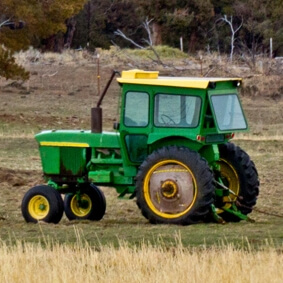 News that health and safety law changes have had little impact on reducing workplace fatalities was a major story recently.

WorkSafe’s statistics show 43 deaths in workplaces this year to October, the same number as for the full year in 2015.

Labour Party associate workplace relations and safety spokesperson Sue Moroney said this was hugely disappointing. She also said that “the concerning thing for me is that we’ve still got agriculture being the sector that has the highest death rate”. The agricultural sector was heavily represented (15 deaths so far, this year). A number of other interested parties again raised the controversy over farming not being classified as ‘high risk’ – meaning that farm workers are not entitled to health and safety representatives.

Green Party MP Denise Roche also said that there was no way the government would meet its target of reducing workplace deaths and injuries by 25% by 2020.

I took great interest in this discussion and I’d like to take this chance to make several comments.

We appear to becoming increasingly fascinated by statistics. I attended a health and safety function this week, where a variety of speakers trotted out a wide range of statistics that varied from questionable to frankly ridiculous. I am reminded of famous line often attributed to the 19th century British Prime Minister Benjamin Disraeli “There are three types of lies: Lies, damned lies and statistics’. To me it feels we’re being mesmerised by the numbers, and they are being used to shore up weak arguments. There also appears to be no discussion about whether the statistics being used are the right statistics in the particular application nor whether they are affected by bias. An example could be to reduce the number of workplace deaths each year in New Zealand simply by redefining what ‘at work’ means.

Secondly, do we really believe that by simply changing the rules things will miraculously improve? Come on, this is New Zealand, the home of the ‘no. 8 fencing wire’ mentality. Comments about health and safety being ‘over the top’ and carried away with itself still commonly abound. There was never any hope that a law change by itself was going to improve our attitude to health and safety.

A significant problem is that there seems to be too much self-interest ‘muddying the waters’. Naturally the Unions are going to argue that the lack of formal worker representatives is a major factor, and Labour is going to say that the Government have got this wrong. Personally, I believe that if farming had been deemed a high-risk sector, it would have made no difference whatsoever. Farmers were going to do what they were going to do and rules around worker participation were never going to make a big difference.

My hope, is what I observed in a site meeting several days ago, and that is a strengthening commitment from all the parties involved to work together to make the job safe. I believe the message that we need to work together to get everyone home safe, will in time have an impact. The other game changer in my view is the Company Officer duty, never before have I seen so much interest from Boards and company Owners. They are starting to understand their personal liability and it is a strong motivator.