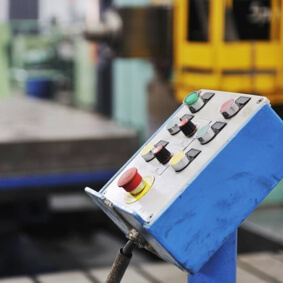 Recently ACC have announced the demise of both the WSMP and WSD schemes. For many of us who have worked with WSMP over the years, it is a with some sadness that we see it go. If nothing else, it gave thousands of businesses across New Zealand a framework on which to hang their system, and a measurable benchmark by which they could compare themselves with others. And for many smaller businesses, a visit from an auditor was their only contact with a health and safety professional. Despite this ACC’s view seems to be that:

1.The WSMP and WSD have been in place for a long time and since their introduction, the workplace safety environment has changed.

2.With the introduction of the Health & Safety at Work Act (HSWA) the audit tool no longer fits. They quite correctly point out that this was signaled for some time.

3.Following a review of both products they have found that there isn’t a strong connection between the products and a reduction in injury claims.

4.Also customers have told ACC that the products are administratively burdensome, inflexible and not tailored to their businesses.

I’m sure all of this is true, but look at it from another point of view:

1.The schemes have been in place 16 and 10 years respectively, yes a significant period of time and yes it was high time that they were freshened up.

2.The HSE is gone and replaced by the HSWA and it had been signaled that a number of sections would need to be updated, however this was largely wording changes. The audit tool is largely focused on a systems approach to health and safety so the change of legislation did not impact on it to any great extent.

3.ACC is quite correct there is no strong connection between the product and accident rates. The scheme was always based on the premise that if you have an effective system focused on continuous improvement that in time injury rates will reflect this. From my recollection it has never been stated that there was any expectation for a statistical link.

4.I’m sure customers have told ACC, but unfortunately the customers who have found the WSMP a constructive and useful tool to structure their health and safety around are unlikely to contact ACC to tell them this. The fact that it is a generic tool used by all companies is an advantage for benchmarking although, I agree, it is challenging at times to apply critical elements which aren’t particularly relevant.

I believe that the background agenda is that the Government wants a leaner, meaner public sector and part of this strategy is to review how departments interact to reduce duplication of services and to get departments to ‘stick to their knitting’. Part of this process may well have been ACC (who are at heart an insurance company) looking at WSMP and questioning where the schemes fit in their agenda.

Factors could have been:

Internal ACC staff are having a significant amount of time taken up doing audits, leaving less time for the role they were employed for – injury prevention initiatives

The largest proportion of companies are at Tertiary so ACC is discounting 20% across the board. This must be a significant amount of money with no clear evidence of return on their investment.


Viewed this way it’s a simple and logical decision to look for options which are more closely aligned with their objectives.

Despite this, spare a thought for the companies which over the years have made good use of the scheme, most have seen the discount as a nice bonus but have primarily used the audit as an effective means of having an external independent review and as a means of benchmarking other businesses.

I, like many others have asked “what will we replace it with?”. Certainly, there are other audit tools in New Zealand, and I’m sure the market will move to offer alternatives as is Avid Plus. But none are likely to have the same impact as WSMP has had over the last 15 years.

For me this scheme certainly needed some work to better reflect the new legislation. However, ceasing it without any information as to what will replace it feels like ‘throwing the baby out with the bath water’. It will surely leave many companies struggling to get their heads around the new Health and Safety at Work Act, just as they were after the introduction of the Health and Safety in Employment Act.