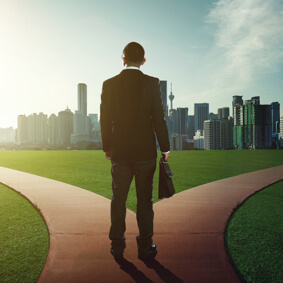 A famous quote about ethics is that of U.S. Supreme Court, Chief Justice Potter Stewart who once stated: “Ethics is knowing the difference between what you have the right to and what is right to do”. Today there seems to be an increasing focus on compliance but I wonder if ethics are being forgotten about? Has the concept of ‘noblesse oblige’ or “treat others like you would like to be treated” become outdated, and how many organisations would even consider that this applied to them?

How are the two terms different? Acting ethically suggests that a business will act in a manner in alignment with their values. Compliance is the act of obeying an order or a rule, and in business this is likely to mean legal requirements. I consider a key difference is that compliance issues are clearly stated and readily available, whereas ethics indicate an individual need to rely on their own judgement or moral compass.

If part of operating ethically is that you don’t want to harm your workers, you would think there would be an enthusiasm or at least an interest in occupational health. A business owner said to me recently “I don’t want to retire and realise that I have contributed to the death or ill health of guys that have worked for me”.

From several different directions I see a trend in New Zealand towards operating an ethical business. The Health and Safety at Work Act (2015) places greater emphasis on workers’ health and wellbeing and this should be seen as an opportunity by today’s business leaders to redress the balance between compliance and ethics. Similarly, the new ISO health and safety standard ISO45001 gives a better structure to consider the organisation’s context and values.

Developing, this is an organisation which may know it needs to do better but is still largely compliance focused.

Performing, an organisation that is achieving a reasonable level of acting in a proactive manner – along with visible leadership and governance.

Leading, this is the stage that I see as an ethical business, they go beyond compliance because their driver is a sense of corporate social responsibility to all stakeholders including their workers and contractors.

The challenge is to consider where you and your business sits.

And instead of feeling comfortable about complying with legislation - recognise that to do better in New Zealand, we need organisations that are committed to improving health and safety. This includes acting in an ethical and responsible manner.