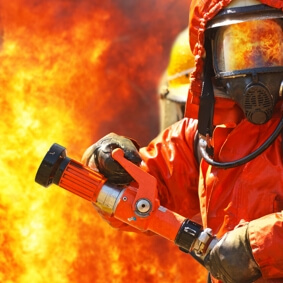 The winds of change are certainly also being felt in the courts with a series of important issues this year, they include:

1.In March two workers were ordered to pay a total of more than $22,000 in fines and reparations over a scaffolding accident in Dunedin last year. Unusual as no company was fined only 2 workers from different companies. The first worker was the Site Manager, in charge of the project. He gave approval for two construction workers to raise the scaffolding deck by 500 millimetres, despite the fact that neither held a current Certificate of Competence to do the work. The other worker was a scaffolder who was deemed not to have adequately carried out his weekly check of a scaffold in excess of 5 metres.

2.In May this year Bluff woman Gloria Davis and her company were found guilty and fined a total of $207,000 on charges relating to the 2012 sinking of the Easy Rider that cost eight lives. I can’t help but think that not too many years ago, sympathy for the position she found herself in would have led to no charges being laid.

3.An Auckland roofing company has been convicted and fined $15,000 for failing to ensure it had adequate measures in place to protect its workers from the risk of falling from a second-story roof. No accident actually occurred. This is the first fine I am aware of anywhere near this size when there is no harm.

4.When Lincoln Kidd was killed in December 2013 it brought the number of fatalities in New Zealand forests to 10. This high number of fatality accidents in the forestry industry have led to an unprecedented call for improvements. This has led to an Independent Forestry Safety Review and I believe a clear understanding by the public that something is very wrong in our forests. While criminal law applies in a workplace as it does anywhere else the level of evidence required to prove such a case makes the move by Police to charge his employer with manslaughter extremely rare.

5.Very sadly Lyttelton Port Company mechanic Brad Fletcher, who died in a scissor-lift accident recently, was the third person killed at the port in less than a year. A fourth worker was seriously injured in January, when a dislodged container hit his cab at the Port's Woolston container depot. WorkSafe are understandably unhappy, they have issued the port five improvement notices, six prohibition notices and four written warnings this year.

Further changes are coming including how the courts deal with health and safety. There has been some discussion about the possibility of moving it out of the District and High Court and either forming its own court or including it with another specialist court such as the employment court. I believe the courts will reflect public opinion and these cases are an indicator that expectations are changing.