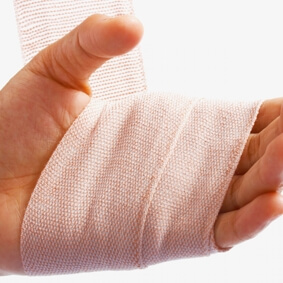 It’s important to note that at this stage none of this is set in stone. My blog is based on what has been released to date in the Health and Safety Reform Bill and may change. Despite this it is worthwhile understanding how the ideas are changing.

Under the HSE Act the definition of ‘Serious Harm’ which defined what needs to be reported, has been problematic and varying attempts have been made to alter it. These have generally failed as interested parties find it difficult to agree on what should and shouldn’t be reportable. The HSE Act, which has been with us since 1992 tried to focus on the impact the injury had on a person’s ability to complete the ‘tasks of daily living’ - it uses terms like ‘results in permanent loss of bodily function’ and the often difficult to define ‘temporary severe loss of bodily function’.

It has been notoriously difficult to use. Often people didn’t understand the subtle but important differences between going to an Emergency Department (ED) at a hospital and being hospitalised (that is being admitted to a hospital). Or the other one which often caused confusion is that there is a difference between a G.P. or for that matter, a doctor in ED and a specialist registered medical practitioner.

So next year we can put all that behind us and look forward to a wonderful and new, simpler definition - if only that were the case!

The soon to be Health and Safety at Work Act gives us a clearer definition however it’s much bigger and broader.

Some Key Ideas
The HSE was all about harm the HSW Act covers notifiable injuries, illnesses and events, these include:

a)Injury or illness that requires immediate treatment for:


My interpretation of this list is that if it is serious enough to require ‘immediate treatment’ it is notifiable. Some injuries will clearly meet the definition, the trick is identifying the ones that aren’t. I would say if a person does not immediately seek treatment, that is the injury is minor enough that they decide to leave it until later, it is not notifiable. I expect that generally injuries where a person is able to effectively treat themselves, this is not notifiable.

b)An injury or illness that requires the person to be admitted to a hospital for immediate treatment.
As with the HSE it should be noted that this relates to an admission rather than a visit to the ED.

c)An injury or illness that requires the person to have medical treatment within 48 hours of exposure to a substance.
Unlike B, C does not require admission, nor does it require ‘specialist’ medical treatment, therefore any treatment given by a Doctor meets this requirement. Unlike the Hazardous Substance & New Organisms Act the term ‘substance’ is not defined by the word hazardous. This leaves the interpretation open to substances which would not generally be considered hazardous, such as water.